Even when I faced difficulties, I was sure that Nature would help me, and I am grateful to her”– Eylem Kaftan

Within the framework of the XVII Kazan International Muslim Film Festival, a meeting was held with the Turkish scriptwriter, director Eylem Kaftan.  She presented her work "The Beehive".  The film has a very interesting festival history.  It has received many international awards, including 6 awards at Chelsea Film Festival-2020 in New York, became the film of the year and Eylem Kaftan was honored as the best director.  Meryem Uzerli, who played the main role was awarded as the Best Actress.  According to the director, the film is based on a true story: “I met a woman while working on a documentary.  She was a beekeeper during our meeting she talked about her life as a woman beekeeper: about meeting bears, incidents.  Naturally, there are moments that I have added, for example, the relationship between Aisha and her sister". 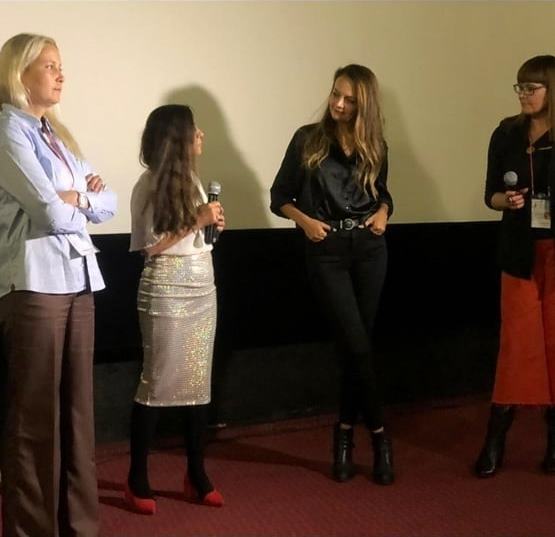 The main role in the film was played by Meryem Uzerli, known to the Tatarstan audience as Khyurrem Sultan in the TV series "The Magnificent Century".  But "The Beehive" differs from all other Turkish films.  This is a strong drama with an important message from a female director about a woman.  It is not surprising that it was the bees that attracted the attention of Eylem Kaftan, because they are also a kind of female insects with a fighting character, living in conditions of tough matriarchy.  "Despite the fact that the producer knew the actress personally, I did not hope to get her consent and was surprised - Meryem willingly accepted the invitation!"  - the director shared her thoughts, - "it was she who convinced me that she could "experience" this role."  But there was one thing - the actress was very afraid of bees, so a few months before the start of shhoting, she began to fight over her fear.  In the filming process, this feature of Meryem became a huge advantage, she agreed to the most terrible scene for her - close contact with a bee.  As Eylem Kaftan noted, all the emotions of the actress are real and sincere.

According to the director, not only Meryem was scared, but the entire film crew.  The fear was quite justified, the film crew was constantly attacked by bees: “The shooting took place in the presence of expert beekeepers, doctors and veterinarians.  It was interesting and scary at the same time, but the result is worth it."  At the end of the meeting, the guest from Turkey expressed her deep gratitude to the audience for warm welcome and said that this screening was the end of the festival's "life" of the film.  “In general, the main creative success, the joy is that the film was shot the way we wanted, despite all the difficulties, fears and obstacles.  Even when I faced difficulties, I was sure that Mother Nature would help me, and I am grateful to her , she said
Back to the list
Share
About the festival
CATALOG
XVI FESTIVAL